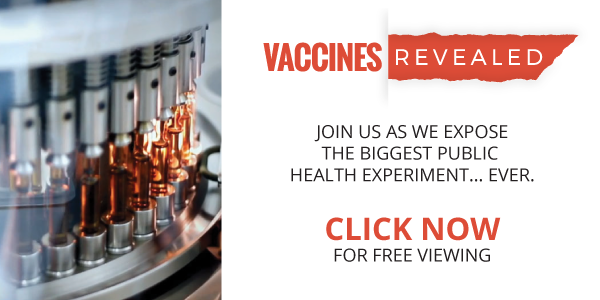 Should you get a flu shot? How should you handle your kids' immunizations? We have the good fortune of having an upcoming 9-part docu-series, where you can hear from the experts themselves and decide for yourself!

Make sure you are registered to watch the exclusive world-wide screening of the docu-series, “Vaccines Revealed”, FREE and online here for FREE viewing from January 10th-18th.

For decades Big Pharma has controlled and manipulated the media to keep certain truths hidden.

-Robert Kennedy Jr. just released a book about mercury and vaccines, all science-based. He has friends in the media but no one will promote it. (There are various conclusions to be reached there.)

-An actual whistle blower within the CDC came out less than a year ago and said he was “ordered to doctor” the results of the 2004 study that said autism wasn’t related to the MMR vaccine. It’s been covered up and media won’t cover the story.

How can you help?

Everything begins on January 10th. Watch and share the FREE online docu-series, “Vaccines Revealed” with a new episode every day from January 10th through the18th.

Real change will only come if we band together as concerned parents, health advocates and everyday heroes who are committed to exposing the truth and spreading the word.

We traveled the world with an award-winning documentary team and put together a magnificent Hollywood quality documentary series that will blow your socks off!

You won’t want to miss a single riveting episode.

Read the blog post I wrote about it here.